The Lung Cancer Alliance (LCA) hailed the reintroduction of the Women and Lung Cancer Research and Preventive Services Act, which brings priority focus to a women’s health imperative. The legislation was introduced with bipartisan support in both the Senate and House of Representatives. 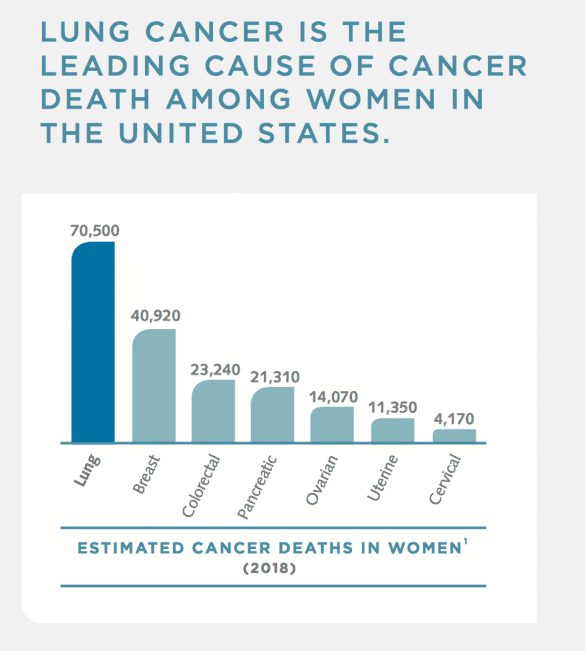 Lung cancer is the leading cause of cancer death of women in both the U.S. and around the world. It takes the lives of more women than breast, ovarian, cervical, and uterine cancers – combined.  An average of 193 women die each day from lung cancer, one every 7 minutes, and two-thirds of never smokers diagnosed with lung cancer are women.
“There is no stronger signal of a commitment to improving the health of women and transforming their medical care than the legislative actions taken today by these bipartisan, Congressional leaders,” said Laurie Fenton Ambrose, President and CEO of Lung Cancer Alliance. “Lung cancer is a women’s health imperative. It behaves differently in women than men, particularly those who have never smoked. This legislation will help unlock answers to research questions and bring a coordinated federal plan of action to promote access to life-saving preventive services, improve quality of life and increase survival for women and the entire lung cancer community.”

The legislation requires an interagency team, led by the Secretary of Health and Human Services, in consultation with the Departments of Defense and Veterans Affairs, conduct a thorough study and report to Congress in 180 days on the status of and recommendations for:

“Lung cancer disproportionately affects women and is the leading cause of cancer deaths among women. Despite the dramatic impact this has on the women of Florida and across the country, there is a lack of research into why there is this disparate, particularly amongst women non-smokers,” said Senator Rubio. “This bill is a positive step in the battle against lung cancer. It will encourage more research into why lung cancer disproportionately impacts women so we can develop better prevention and treatment tools and have a better understanding of the disease as a whole.”

“Lung cancer kills more women each year than any other cancer. This year, 70,500 women will lose their lives to this disease. While we know the key risk factors, many questions remain,” said Senator Feinstein. “For example, lung cancer has been found in far more women who don’t smoke than in men who don’t smoke, and we have no idea why. This bill will strengthen our efforts to reduce lung cancer and improve patient outcomes.”

“Countless individuals across the country have been devastated by lung cancer. This is a very personal issue for my family, responsible for the death of both of my wife Tina’s parents. This is a disease that knows no boundaries in who it affects thus we must double our efforts to raise awareness and reduce mortality,” Rep. LoBiondo said. “I remain committed to working with Reps. Nolan, Comstock, Bonamici and other colleagues and groups who want to help make real strides against lung cancer.”

“When it comes to supporting lung cancer research, we can and must do better. The study directed by our bill will begin to help us understand why there is a greater prevalence of lung cancer amongst women and, in particular, amongst women who have never smoked. Though the passage of this bipartisan, bicameral legislation would mark but one small step in the fight against lung cancer, it would make an enormous difference to those who are battling lung cancer and their loved ones. I am proud to join my Congressional Lung Cancer Caucus Co-Chair Frank LoBiondo as an original cosponsor of this measure,” said Rep. Nolan.

“The Women and Lung Cancer Research and Preventive Services Act will provide critical resources in combating the largest cause of cancer death in women, lung cancer.  We all know someone who has been devastated by lung cancer. I lost a best friend this past year and I join as an original cosponsor on this important bipartisan legislation in honor of Kate O’Beirne, who we lost last April. This legislation will allow us to make greater progress in battling lung cancer and providing increased access to preventive services that can save lives,” Rep. Comstock said.

“My mother is a lung cancer survivor, so I know we can and must do more to prevent this devastating disease and support women who are battling it,” Rep. Bonamici said. “I’m proud to join this important bipartisan effort that will improve lung cancer research and result in better outcomes for women.”
In March, LCA will collaborate with the Congressional Lung Cancer Caucus to hold a briefing on women and lung cancer to educate members of Congress about the need for and impact of this legislation. For more details about this or other advocacy efforts, please contact policy@lungcanceralliance.org.
About Lung Cancer Alliance:
Lung Cancer Alliance serves and listens to those living with and at risk for lung cancer to reduce stigma, improve quality of life and increase survival. We empower our community by helping people navigate the paths of early detection, diagnosis and treatment. Insights allow us to improve care, amplify awareness, drive advocacy and lead research with the vision of tripling the number of survivors in the next decade. For more information, please visit www.lungcanceralliance.org. Follow Lung Cancer Alliance on Facebook: www.facebook.com/lungcanceralliance  and on Twitter @LCAorg using the hashtag #LCpolicy.
Source:Lung Cancer Alliance
Chris Davis
cdavis@lungcanceralliance.org 202-742-1895
0
FacebookTwitterLinkedinEmail

COVID Couldn’t Keep Us Down.

Who is Darlene James?

Goals vs. Resolutions: What’s the Difference?

The First of Many: What is your Ripple... 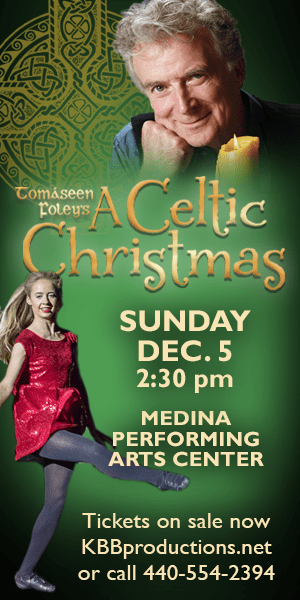